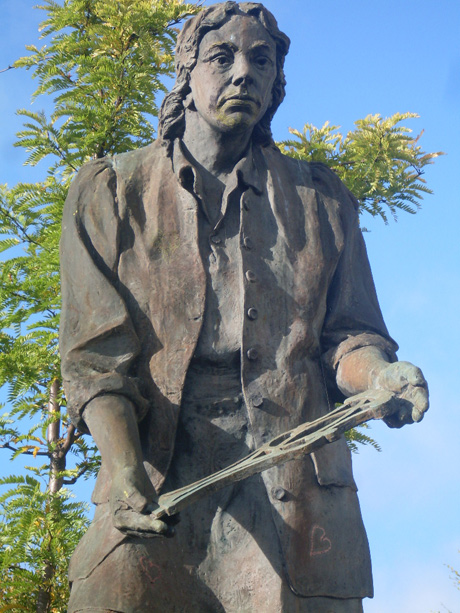 2. Born in 1718 at Otley, in West Yorkshire, England, Thomas Chippendale was the son of carpenter John Chippendale, and worked with him as an apprenticeship. He had a great head for business and as a social climber and self-publicist, he realized the importance of public relations and advertising. He befriended wealthy estate owners and convinced them of his talents, and soon began to design furniture for them. 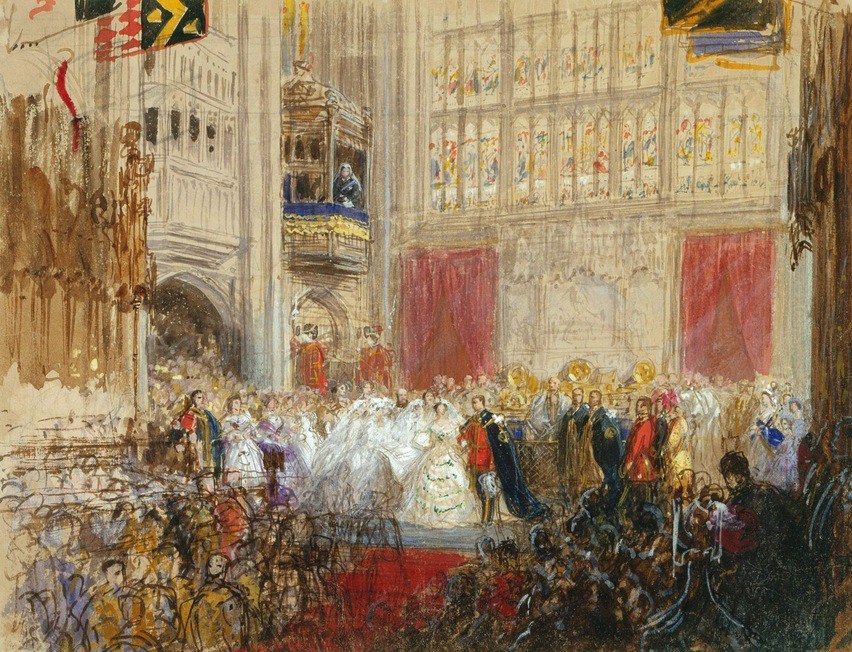 3. In spite of his membership in the Society of Arts and his fashionable wedding at St. George’s Chapel to Catherine Redshaw in 1748, Society never accepted him, except in his trade and professional capacity.

4. In 1754, Mr. Chippendale, had a breakthrough when he published his detailed collection of drawings, Gentleman and Cabinet-Maker’s Director; the book was a portfolio of fashionable English furniture design templates and one of the first furniture design books. In it Chippendale adapted existing design styles to the fashion of the mid-18th century. Both makers and sellers of furniture rushed to purchase it, making Chippendale a household name. And so pervasive was the influence of his book that the name of Chippendale is often indiscriminately applied to all mid-18th century furniture. 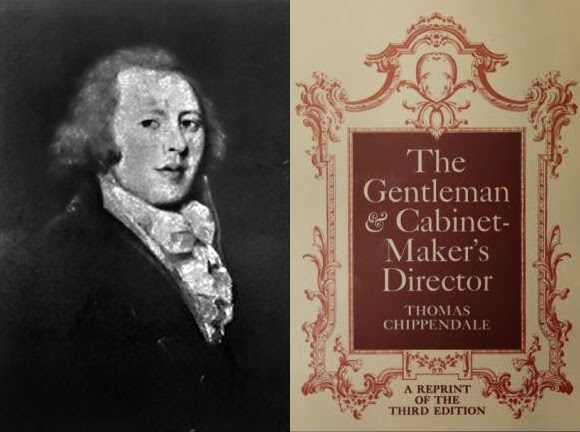 5. Chippendale created his Director as a catalogue from which his wealthy patrons could choose particular elements for their furniture, which would then be custom made for them in his workshop. It contained 161 plates, reflecting many elements of the Rococo, Chinese, Gothic and Neoclassical styles. Publication of the Director clearly had a stimulating effect on Chippendale’s career since all his known commissions date after its publication. 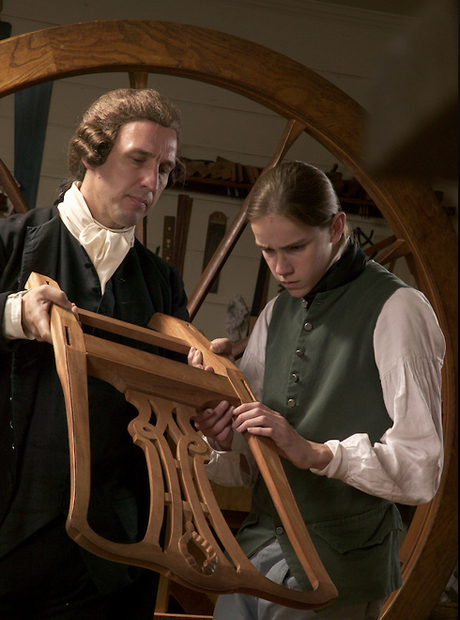 7. In 1754, the same year as the publication of his Director, Chippendale moved to commodious accommodations in the fashionable thoroughfare of St. Martin’s Lane in London, which his firm occupied for the next 60 years and employed between 40 and 50 artisans. And while the notes in his Director showed Chippendale possessed a sound practical knowledge of timbers and craftsmanship, he most likely, at this stage in his career, would have been responsible for design and management, instead of working at the bench. 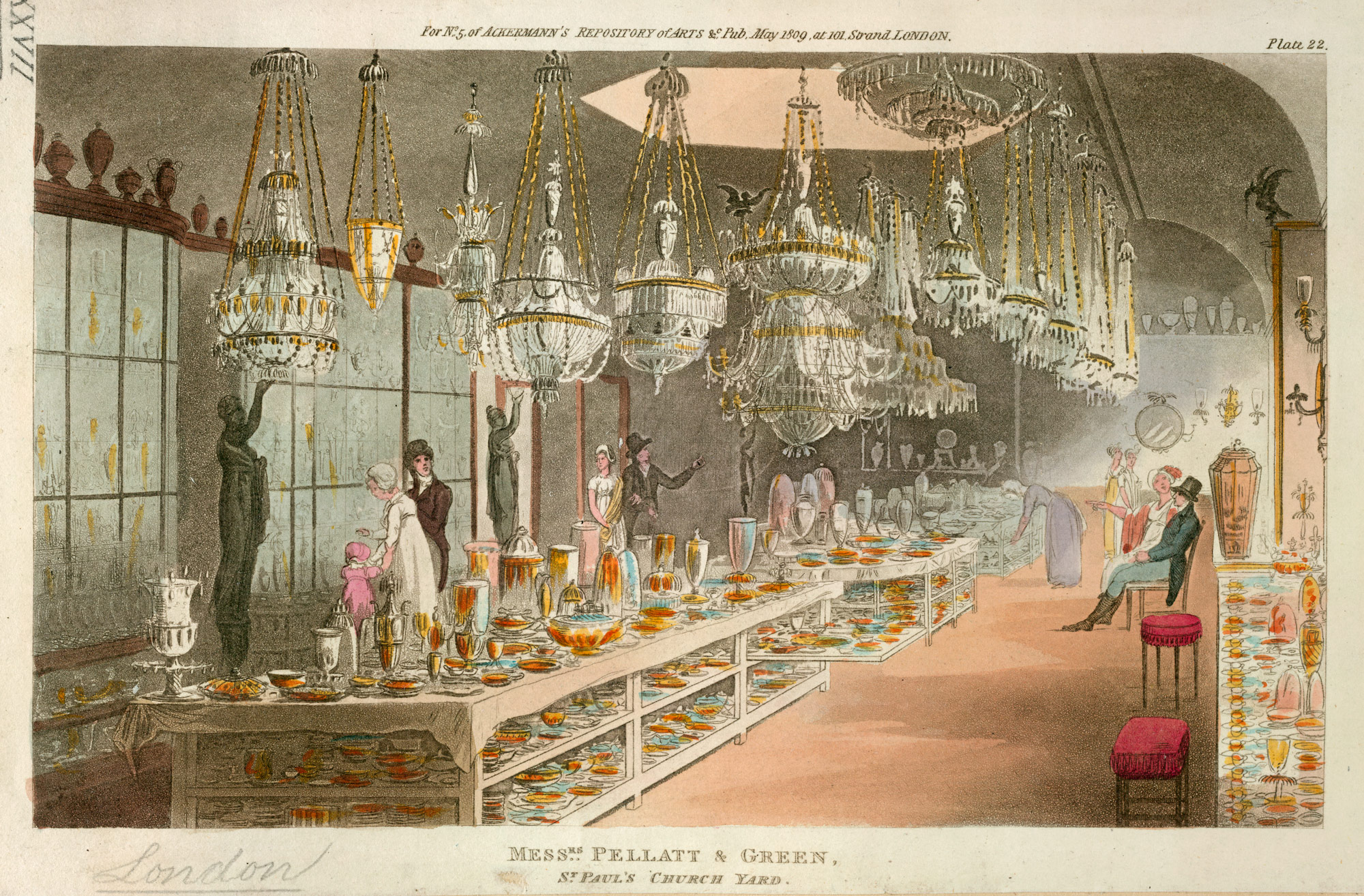 8. Thomas Chippendale was a one stop answer for his wealthy clients. A versatile man, he was willing to design and supply wallpapers, carpets, fire grates, decorative ormolu, chimney pieces, even complete room schemes, in addition to furniture. As well as equipping State Apartments with luxurious ensembles, his firm regularly supplied routine articles for the servants’ rooms and domestic offices.

9. He offered a complete house furnishing service, undertook repairs, removals, hired out furniture, compiled inventories and was even prepared to direct and furnish funerals for respected customers. In short, he became the first modern day Interior Designer.