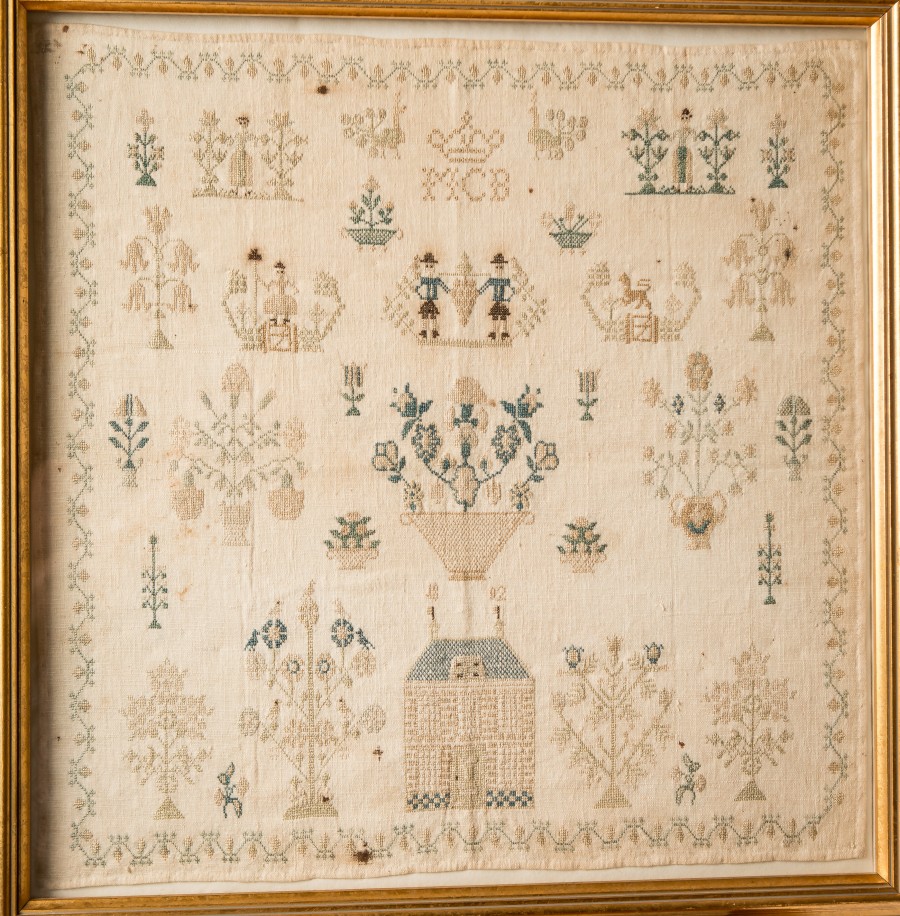 Stitched Samplers have been a part of family histories through the centuries. The earliest known sampler was stitched in the mid-1500s and is housed in the Victoria and Albert Museum in London, England; yet history suggest they were utilized even earlier than the 16th Century

After the turn of the eighteenth century, sampler work switched from a Ladies’ hobby and became part of the education of young girls, in which sewing and needle work was deemed essential.

Student samplers began to take on methods of stitching we are more associated with today, including decorative borders, alphabets, motifs of animals, flowers and houses, and they usually also contained some sort of verse, usually moralistic.

The following are six thoughts of general information and misinformation on Early Stitched Samplers.

1. Most samplers are stitched with silk threads. Silk worm farms were in the south because of the abundance of mulberry leaves, the silk worm larvae fed on. The cocoons were shipped to New England (that’s where the silk mills were) where the silk fibers were spun.

2. The fabric used in stitching samplers was most often an “even weave” linen.” “Even weave” means the linen was woven with the same numbers of threads warp (vertical) and weft (horizontal). This makes it easier to keep the stitches symmetrical. An uneven weave is much harder to work with.

3. To be “archaically framed,” any old paper, cardboard, or wood backing should be removed and replaced with an acid free backing; either mat board or fabric. Spacers should keep the glass from resting on the sampler.

4. Probably the most perpetuated myth is “If it has a crown it is English.” NOT TRUE. There are samplers that were stitched in the colonies and United States that have crowns. From 1607, when Jamestown was settled, until 1776, we were English. Any samplers stitched in the colonies might be considered English even though they were not stitched in England. Some crowns have crosses in their designs and appear to be ecclesiastical. It’s entirely plausible that Tories stitched crowns in their samplers during the Revolution.

5. Another myth; “Little girls stitched samplers to learn their ‘letters and numbers’.” NOT TRUE. Any little girl who could stitch a sample already knew her “letters and numbers.” They stitched samplers to learn to embroider. Linens were so valued and hard to come by they were embroidered (monogramed). They were often listed in wills to be passed down.

6. It’s a lot of hard work and a lengthy process to plant the flax or cotton seed, grow the plants, harvest the flax or pick the cotton, spin the thread, weave the cloth, and make the linens. As a result, these linens were rare, deemed precious by the family, and were embroidered as a crowning moment of tenacious work! 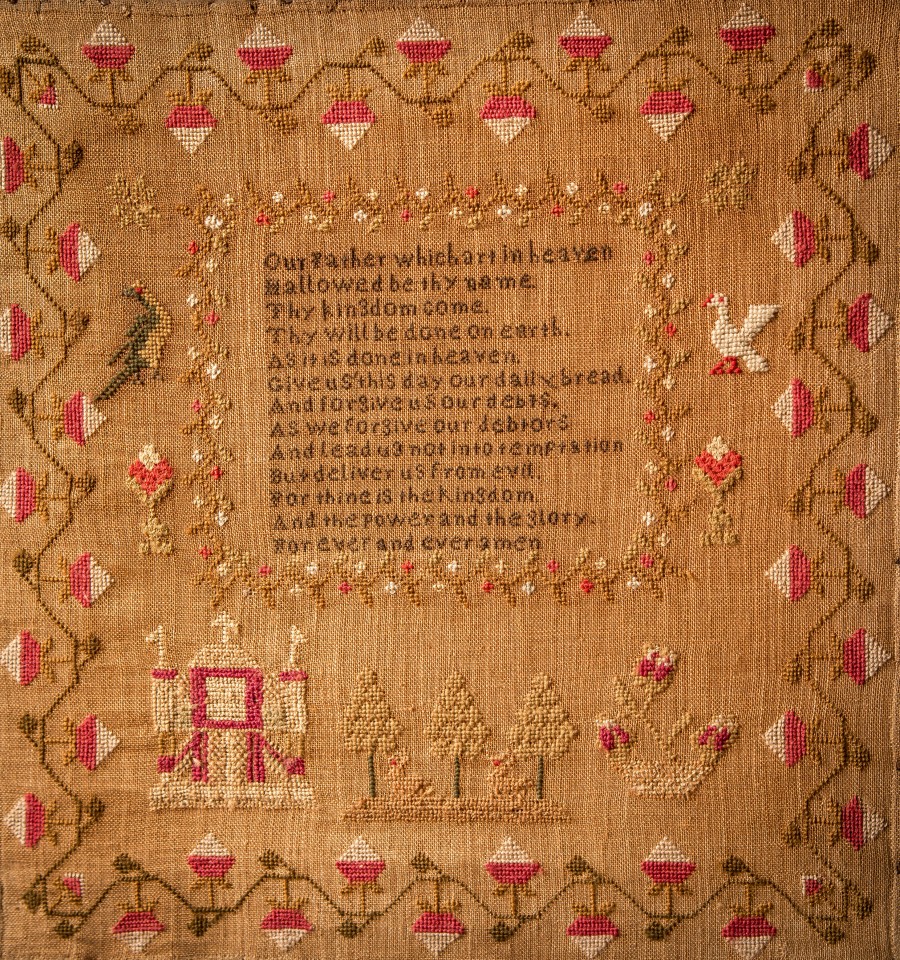